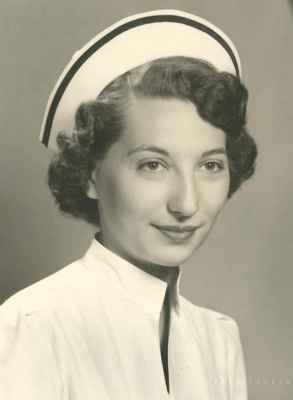 Marianne Harriet Michael, 86, of Toledo, OH passed away peacefully on Thursday, October 20, 2016 at Eden Springs Nursing Home in Green Springs, OH. She was born on December 10, 1929 in Niagara Falls, NY. Marianne received her Nursing Degree from the Children’s Hospital of Buffalo School of Nursing in 1951.

Marianne married David K. Michael on May 3, 1952 in Niagara Falls, NY and their marriage lasted fifty-seven years until David’s death on March 28, 2010. Marianne started her career in nursing, then became a homemaker and raised eight children. She and David moved to Toledo, OH in 1956 where they lived for over fifty years. She was a deeply devoted wife and mother and a friend to many.

Marianne was a true champion for the developmentally disabled. If services for her son, Tom, were not available, she created them. She was the Founder of Guardian of Angels League (GOAL) in 1966. From 1976-1986 Marianne served on the Board of Trustees for Sunshine Children’s Home, Maumee, OH. In 1977 she was on the Coordinating Founding Committee of Northwest Ohio Developmental Center Auxiliary. Marianne served on the Board of Advocacy and Protective Service, Inc., in Ohio from 1987 until 1996. In 1995 she was awarded the Ohio United Health Services Leadership Award and was the ARC Volunteer of The Year.

A Celebration of Marianne’s Life will be held on Saturday, November 5, 2016, from 3:00pm until 5:00pm at Horvath Hanes Funeral Home and Crematory, 210 N. Broadway St, Green Springs, OH. In lieu of flowers, her family asks that memorial contributions be directed to the Sunshine Children’s Home, 7223 Maumee Western Rd, Maumee OH 43537.

Offer Condolences for the family of Marianne Harriet Michael