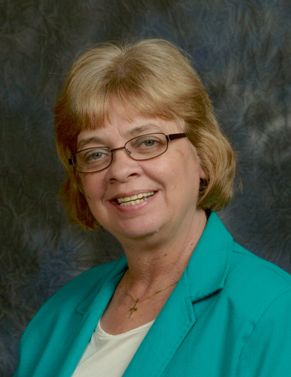 Marcia A. Burr, 63, of Fremont, OH passed away on Sunday, April 7, 2019 at ProMedica Memorial Hospital. She was born on April 9, 1955 in Fremont, the daughter of Walter and Phyllis (Hoy) Sloan. She was a 1973 graduate of Fremont Ross High School and attended Bowling Green State University.

Marcia married Gregory Burr on October 26, 1974 in Fremont and he survives. She was a retail representative for Hallmark for many years. Marcia was a member of Hayes Memorial United Methodist Church where she was active in the Youth Club and kitchen crew. She was an avid reader and sports fan, and enjoyed doing puzzles and collecting bells from wherever she traveled. She most enjoyed spending time with her family and friends, especially during the Christmas season— her favorite time of year.

She was preceded in death by her father-in-law, Carroll “Ed” Burr.

A Celebration of Life Ceremony will be held at a later date.

Memorials can be made to the American Cancer Society or the Youth Club at Hayes Memorial United Methodist Church.

Offer Condolences for the family of Marcia A. Burr