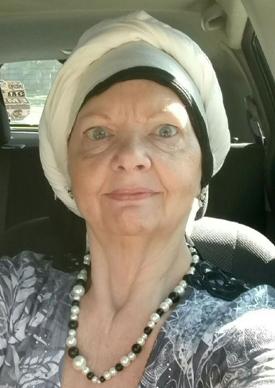 LuAnn Berry entered the gates of Heaven on September 20, 2016 after a six-month battle with cancer. She was 60 years young. She was welcomed by her husband Greg Berry, her parents Lewis and Ruth Meggitt, half-brothers Lewis Jr., Roy, and Harry, fur babies Sadie and Poncho, and many other relatives and friends, but most importantly by her Lord. LuAnn left behind a legacy of caring that will be missed by so many. She was always willing to help someone better themselves. She worked at Fremont Memorial Hospital for many years as the Director of Human Resources where she assisted employees in reaching their full potential, or guiding them toward a job better suited for them. At First Step Family Violence Intervention Center in Fostoria, LuAnn worked with both victims and offenders of domestic violence. She helped victims transition to better lives and helped offenders identify the reasons behind their behaviors and find the help they needed. The court systems were always thankful when LuAnn was in the court rooms because she truly made a difference. As a Family Advocate working at WSOS with dads in the Fatherhood program, she taught men how to be better dads to their children, and the response was amazing. LuAnn always saw something good in every person she met, and tried to foster that good into something more. But she wasn’t this way just with those she worked with, but also with her family and friends.

LuAnn was blessed with her children Amanda Lopez, Abigail (Dave) Bartell, and Andrew Robles, stepchildren Gregory Jr. (Cheryl) and Jesse, her grandchildren Luis, Diego, Analisia, Romario, Heriberto Jr., Amrie, LaReina, Aubriyana, Enrique and Jovan and step-grandchildren Mikayla, Zacharia, Karrah and Alex, half-brother Walt, and fur baby Molly. The love and devotion she gave to her family was amazing and the many things she did with them have created enough memories to last for years to come.

LuAnn loved her family, friends and community and left a lasting impression on those she touched. Her favorite quote was from Sir Winston Churchill: “We make a living by what we get, but we make a life by what we give.”

Please join us at 1 p.m. on Saturday, October 15, 2016 at Grace Community Church , 900 Smith Road in Fremont for a service celebrating her life.

In lieu of flowers, donations may be made to Grace Community Church, Dorothy Kern Cancer Center, WSOS or ProMedica Memorial Hospice in her honor.

Offer Condolences for the family of LuAnn Berry