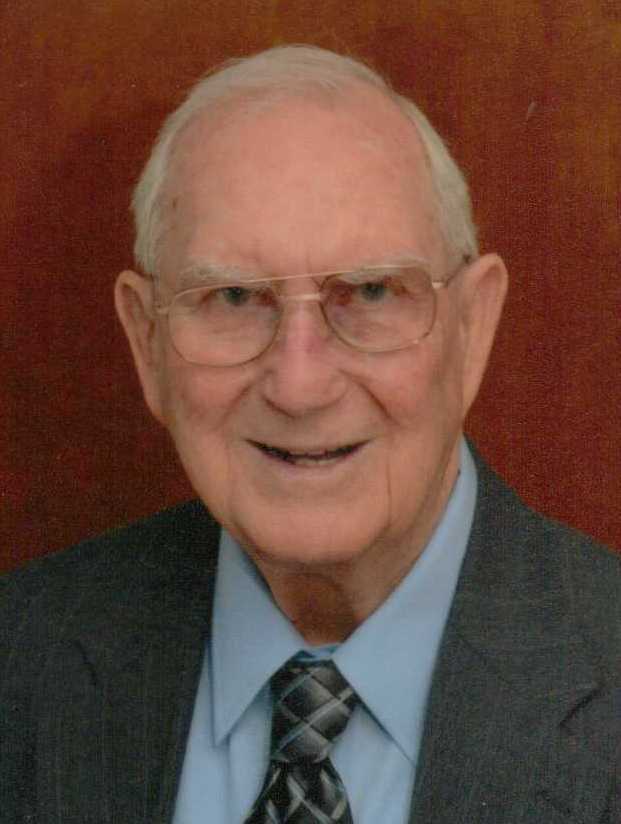 Loren William Shaffer, 90, formerly of Fremont, Ohio, passed away peacefully at The Towne House Health Center in Fort Wayne, Indiana on March 9, 2014. He was born April 2, 1923, in Massac County, Illinois, a son of Edgar and Alice Shaffer. He attended Murray State College, Murray, Kentucky but his studies were interrupted so he could help out on the family farm.

After serving in the U.S. Army for a year, he returned to Murray State, where he met his future wife, Frances. They were married on August 28, 1948. He then transferred to the University of Kentucky to complete his degree in Vocational Agriculture, graduating in 1950. He went to work for International Harvester after graduation and then taught Vocational Agriculture classes in Illinois and Ada, Ohio. Moving to Fremont in 1954, he worked as a fieldman for the Pet Milk Company and as Assistant Superintendent of the Water and Wastewater Treatment Plant. He also worked as a District Sanitarian for the Northwest District of the Ohio Department of Health, where he helped to enforce the first uniform statewide milk law. He finished his working career as a District Sanitarian and Environmental Engineer with the Ohio Environmental Protection Agency. In this position, he worked to establish the first statewide solid and hazardous waste law. He retired in 1989.

Before moving to Fort Wayne, he was a member of Grace Community Church, the Portage Valley Flying Club, and the Sandusky County Sportsmen Club. He enjoyed hunting, fishing, and flying his own airplane. Loren was a loving and dedicated caregiver for his wife, Frances, in her long battle with Alzheimer’s, caring for her at home and then visiting her daily for many years in the nursing home until her death in 2011.

He is survived by his two daughters, Judy Ashcraft, Columbus, Ohio, and Nancy (Larry) Rottmeyer, Fort Wayne, Indiana, six grandchildren, one great-grandson and a sister, Mary Louise Wright of Cordova, Tennessee. He was preceded in death by his parents, older brother, Luther, and wife of 62 years, Frances Louise (Copley) Shaffer.

Offer Condolences for the family of Loren William Shaffer