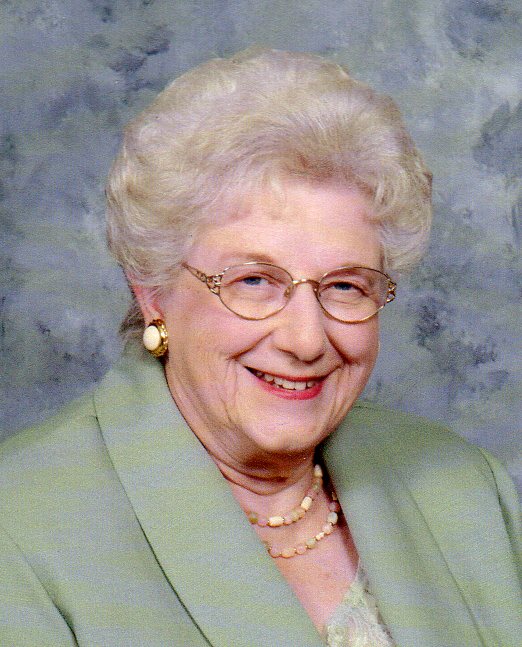 Lois Anne (Berlekamp) Murray passed away the morning of January 17, 2016 at ProMedica Memorial Hospital in Fremont, OH after a brief illness. She was born near Old Fort OH on July 29, 1929. Her parents were Virgil J. and Esther (Biddle) Berlekamp, who have preceded her in death. She graduated from Old Fort High School, Class of 1947 and from Otterbein College, Class of 1951. She began her teaching career at Old Fort Elementary School. She married Ray Murray and lived in Colorado while Ray served in the Army. Ray and Lois then went into farming, first near Old Fort, then for the last 48 years near Fremont Ohio. They were married for 62 years. Lois returned to Old Fort High School to teach Spanish and Latin in 1965. She retired after thirty years and continued substitute teaching in area schools for a number of years after that.
Lois and Ray were lifelong members of Old Fort United Methodist Church. Among other church activities, Lois served as the organist there for forty years. She was also active in United Methodist Women, eventually rising to the position of President of the UMW Maumee Watershed District in the West Ohio Conference.
Lois continued as an active volunteer at Bethesda Care Center and Hayes Presidential Center in Fremont. She was also an active member in Sandusky County Retired Teachers Association, Seneca County Retired Teachers Association, Life Scholar’s Curriculum Committee at Terra State Community College and The American Association of University Women, Tiffin Chapter. She was a genealogist, having published the History of the Descendants of T.C. and Mary Jane Biddle and of the Harry R. and Christine Murray family. She received the Outstanding Citizens Award for 1990-91 from the Old Fort Young Farmers. She will be greatly missed by her family, friends, students, and many others whose lives she touched.
Lois is survived by her husband, Ray E. Murray, children Rebecca L. (David) White, Dublin OH, Elizabeth S. (David) Crawford, Fremont OH, Robert E. (Patricia) Murray, Florissant, MO and Bradley C. (Susan) Murray, Elmore Oh. She is also survived by grandchildren Thomas (Heather) Crawford, Pittsburgh PA, Joseph (Stephanie) Crawford, Boston MA, Gwendolyn (Michael) Mullinix St. Louis MO, Erin Murray, Springfield MO, Brandon Murray and Holly Murray both of Elmore Ohio; great grandchildren Mary Alice and William Crawford; brother Ray Berlekamp of Old Fort area, and many nieces and nephews.
Visitation will be held on Tuesday, January 19, 2016 from 3 to 5 and 6 to 8 p.m. at Horvath Hanes, 211 N. Broadway St., Green Springs OH.
The funeral will be on Wednesday, January 20, 2016, 11:00 a.m. at Old Fort United Methodist Church, 1070 E. Pleasant St., Old Fort, OH with Pastor Marc Quinter officiating.
Memorials may be sent to Old Fort United Methodist Church, Bethesda Care Center, or donor’s choice.

Offer Condolences for the family of Lois Anne Murray