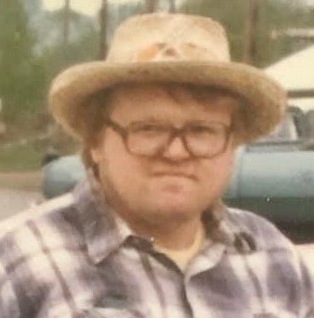 Lester “LJ” James Connors, 68, of Fremont, OH passed away on Wednesday, April 22, 2020 in Fremont. He was born on February 10, 1952 in Fremont, the son of Patrick J. and Carole (Warner) Connors. He was a 1971 graduate of Fremont Ross High School and studied Graphic Arts at Terra Community College.

L.J. Connors grew up around Fremont Speedway and spent many days of his youth in local racers garages. Later he also hand-lettered many race cars. L.J. jumped from being a crew member to getting behind the wheel in 1978, winning a feature his first season. L.J. claimed Fremont ’s Street Stock track championship in 1979 and 1981. In 1980 there were no points kept, but L.J. won 9 features driving for Bob and Bobby Sears. L.J. also won the track champion at McCutchenville Speedway in 1981. In 1987 he won the Trick or Treat 200 Enduro at Fremont by 14 laps. He ran several more endures around Ohio and Michigan, winning several. L.J. raced in Fremont ’s truck division in 1999. All total, L.J. scored 13 feature wins at Fremont Speedway. He was inducted into the Fremont Speedway Hall Of Fame in 2014.

A celebration of life will be held at a later date.

Burial at Oakwood Cemetery at a later date.

Memorials can be made to The Village House, Fremont, OH.

Offer Condolences for the family of Lester James Connors “L.J.”