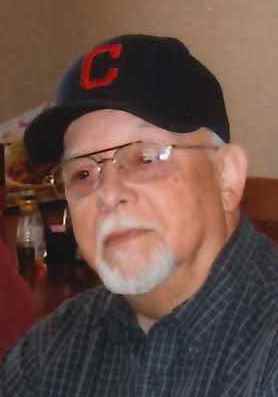 Larry R. Stout, 74, of Fremont, OH, passed away Saturday, November 14, 2015 at ProMedica Toledo Hospital. He was born on April 3, 1941 in Fremont to Ralph and Katheryn (Schwartz) Stout. Larry was a 1960 graduate of Fremont Ross High School.

Larry served in the Army National Guard. He worked for Whirlpool as a Press Operator for thirty-six years, retiring in 2002. He attended St. John’s Lutheran Church and was a member of the NRA and the Republican Tea Party. Larry enjoyed watching NASCAR and drag races and was avid fan of The Ohio State Buckeye’s, Cleveland Browns and Cleveland Indians.

He was preceded in death by his parents, infant twin sons, Brent and Brian Stout.

Visitation: Friday from 2 to 4 p.m. and 6 to 8 p.m. at Wonderly Horvath Hanes Funeral Home and Crematory.

Memorials: Hospice of Northwest Ohio or the American Cancer Society.

Offer Condolences for the family of Larry R. Stout