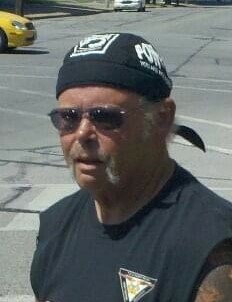 Larry L. Lance, 74, of Fremont, OH passed away on Wednesday, July 13, 2022 at St. Vincent Mercy Medical Center in Toledo after a short fight with cancer.  Larry was born on January 29, 1948 to Lee S. Lance and Helen (Krouse) Lance-Windau.  He attended Fremont Ross High School and Terra Community College.  Larry served in the U.S. Army from 1968 to 1970 and was awarded the National Defense Service Medal; Armed Forces Expeditionary Medal; Good Conduct Medal and Marksman Badge (M-14 Riffle).   He then joined the Air National Guard 200 Red Horse Squadron in Port Clinton from 1973 to 1985.

Larry retired from Whirlpool as a set up welder in 2008 after thirty-eight years of service.  He was a member of the VFW.  Larry enjoyed trapping.  He enjoyed riding motorcycles for many years; first in the Gold Wing Road Rider Association.  He was an Assistant Chapter Director in Chapter S and started Chapter K-2 in Bellevue, OH.  He proudly rode his Harley as a member of ABATE.  When he quit riding, he loved wood working and spent many hours in his shop.

He was preceded in death by his parents; daughter, Cathy Lance; sister, Sherry Lance and brother, Dennis Lance.

Memorials can be made to St. Jude Children’s Research Hospital.

Offer Condolences for the family of Larry Lee Lance