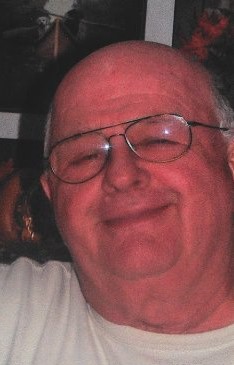 Larry was a Machine Repairman at Ford Motor Company in Maumee, OH where he retired after many years of service.  He previously worked at Peter Eckrich Co. and was the owner of Larry’s Gulf Station.

Larry was a member of Sacred Heart Catholic Church where he was a Sacristan and a member of the Confraternity and Men’s ACTS Retreat.  He was also a member of Knights of Columbus, the Fremont Eagles and VFW.  Larry was a playground supervisor at Sacred Heart School.  He enjoyed golfing, fishing, hunting and spending time with his family.  He and Faye wintered in Okeechobee, FL every year.  Larry was known by many with his infectious laugh and always had his toothpicks.

He was preceded in death by his parents and infant sister, Joette Koppelman.

Mass of Christian Burial will follow at 11:30 a.m. at the church.

Larry’s Funeral Mass will be live-streamed at:
https://www.nationalwebcasts.com/webcasts/sheart/
Burial:  St. Joseph Cemetery with military honor’s provided by the VFW and American Legion

Offer Condolences for the family of Larry F. Koppelman