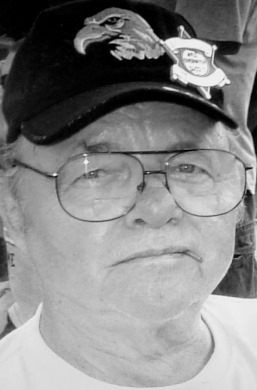 Kenneth “Kenny” L. Schell, 75, of Fremont, OH passed away on Monday, April 2, 2018 at St. Vincent Mercy Medical Center in Toledo. He was born on January 24, 1943 in Fremont to Alvin Andrew and Anna Marie(Stine) Schell. He was a 1961 graduate of Fremont Ross High School.

Kenny married Betty J. Brooks on November 10, 1979 in Fremont and she survives. He worked for the Chrysler Corporation at the Toledo Machining Plant in Perrysburg for thirty years and retired February 1, 1999.

Kenny was a member of the VFW, American Legion and Eagles in Fremont. He was also a member of the Moose in Clyde. He enjoyed working on small motors, going to all the clubs, playing pool, traveling and listening to country music.

Services will begin at 4 pm at the funeral home with Pastor Phil Lohmeyer officiating.

Burial will take place at Greenlawn Memory Gardens at a later date.

Memorials can be made to the American Cancer Society or the North Shore Animal Shelter.

Offer Condolences for the family of Kenneth “Kenny” L. Schell