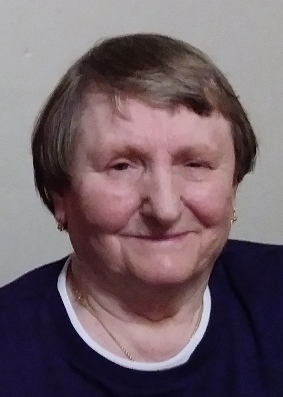 Katharina Kozak, 86, of Fremont, OH passed away at her home, surrounded by her family, on Monday, April 1, 2019. She was born in Yugoslavia on November 6, 1932 to Andres and Katharina (Dakser) Huy.

Katharina married Pawel Kozak on February 8, 1958 at St. Casimir Catholic Church in Fremont and he preceded her in death on June 28, 2006.

Katharina worked at Berlekamp Printer for two years. From there she went to work at Quikut for twenty-six years where she was a plastic molding machine operator. During her time at Quikut she was elected president of UAW Union Local 959 for nine years. Katharina worked at Hinkle Company in Perrysburg for several years. She then worked at Crescent Manufacturing for ten years until she retired in 1999.

Katharina was a member of St. Mark’s Lutheran Church who sponsored her to immigrate to the United States in 1957 where she eventually became a naturalized citizen. She spoke fluently in five languages. Katharina enjoyed cooking, baking, gardening, especially her rose bushes, traveling back to her home country along with other places, shopping with her best friend, Johanna Linsmeyer and spending time with her family.

She was preceded in death by her parents; husband, Pawel Kozak; sister, Karolina Huy.

The family of Katharina would like to share a special thank you to her loving caregiving team, Heartland Hospice and Dr. Jonathan Diller and his staff.

Service: Friday, April 5, 2019, 10:30 a.m. at the funeral home with Pastor Scott Mauch officiating. There will be a one-hour visitation held prior to the service.

Memorials can be made to Heartland Hospice or donor’s choice.

Offer Condolences for the family of Katharina Kozak