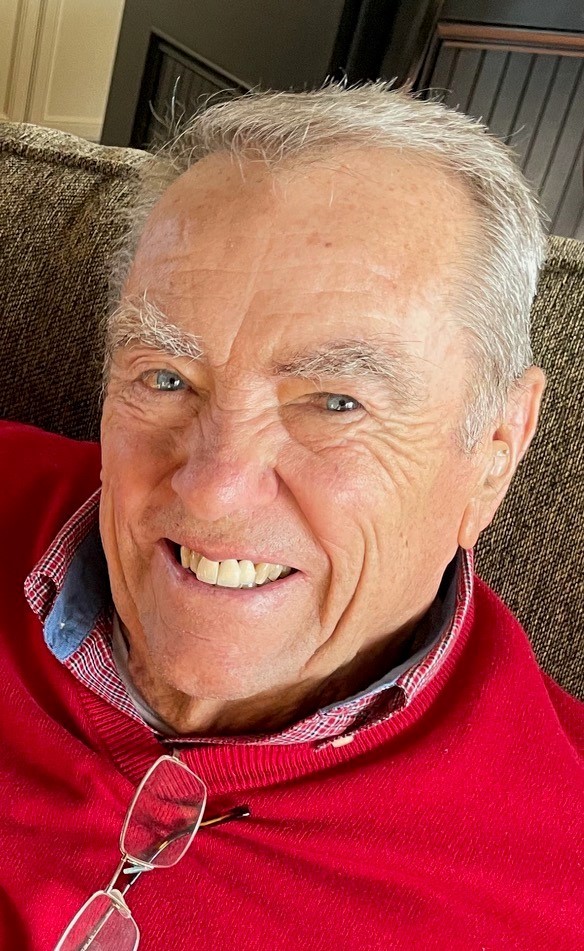 Joe was known for his great smile and fun-joking personality.  He was a natural born salesman.  His first job after military service was selling appliances at Geller’s.  He sold radio advertising for WFRO and then worked with cousins at the Gottron Brothers Company.  His last occupation was as a Manufacturer’s Rep in the State of Ohio for Duro-Last Roofing.  Joe, and three of his sons, have had a profound positive impact on the growth and success of Duro-Last over the last 40 years.  Although he had a very successful professional career, his higher priorities in life were his Catholic faith, family, friends, and his hobbies.  He frequently and proudly shared that Annie and he had “a basketball team and two cheerleaders”.  He was incredibly proud of his entire family, which included 18 grandchildren and 15 great grandchildren (with one more expected this month).  He was a life-long member of St. Joseph Parish and was a 4th Degree Knight in the Knights of Columbus.  He was also a member of the Elks Club (where he always enjoyed playing poker) and a member of the Port Clinton Yacht Club (where he docked his SportCraft fishing boat, “Gott-One” followed by “Gott-One II”).  He LOVED fishing, hunting, and competitive shooting.  His shooting skills were legendary – earning him many awards and distinctions, including being named a Kentucky Colonel.  He also loved watching sports – especially when his family members were playing.  And he was an avid fan of “THE” OSU Buckeyes along with the Cleveland Browns, Indians, and Cavaliers.  Beyond all that, he truly enjoyed working in his yard and kept it immaculate.

Joe was preceded in death by his parents, and his sisters, Mary Combs, Joan Inks and Alice Economos.

Offer Condolences for the family of Joseph Arthur Gottron