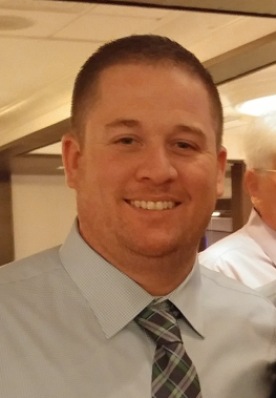 Jonathan “Jon” D. Ottney, 38, of Fremont, OH passed away unexpectedly on Friday, August 27, 2021 as a result of a motor vehicle accident.  He was born January 21, 1983 in Oregon, OH to David and Jonna (Balsizer) Ottney.  Jon was a 2002 graduate and homecoming king of Gibsonburg High School and received a bachelor’s degree in Business from Brown Mackey College.

Jon married Sarrah Palmer on March 1, 2014 at St. Mary’s Church in Monroe, MI.  He was currently the warehouse manager at Nichols Paper & Supply in Bowling Green, OH.  He had previously worked at UPS.

Jon coached football at many local schools and was the current defense coordinator at Lakota High School.  He impacted countless youth throughout his time spent with them on and off the field.  Jon was an avid Cleveland Browns and OSU football fan and enjoyed camping with his family.  He was a World Class father and husband who will be forever missed.

He was preceded in death by his father and infant brother, Bryan Ottney.

Offer Condolences for the family of Jonathan “Jon” D. Ottney