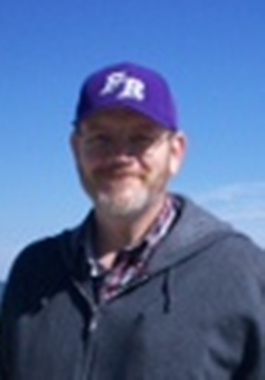 John Wayne Armentrout, 53, of Fremont OH passed onward to heaven Tuesday March 24, 2015, peacefully and surrounded by his loved ones. Born May 31, 1961, the son of Jack & Maralyn (Higman) Armentrout, He was a 1979 graduate of Fremont Ross High School where he lettered in Football and Track for two years.

John had a special love for History, Football (especially Notre Dame), his namesake John Wayne, and the author Earl Hamner and the series The Walton’s. Because of that he also loved the Blue Ridge Mountains of Virginia.

John is survived by his daughters, Jessica and Aliza Armentrout; mother, Maralyn Armentrout, sisters Peggy (Dan) Downing of Fremont, all of Fremont; Rebecca (Jamison) Price of Woodville; uncle, Harlan Higman of Placervillr, CA.
He was preceded in death by his father, Jack Armentrout and his grandparents.

Offer Condolences for the family of John Wayne Armentrout