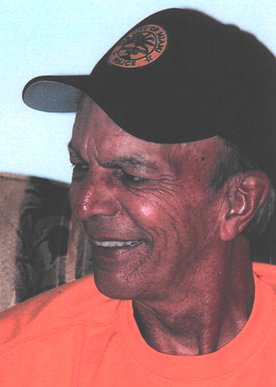 John Thomas Shannon, 79, formerly of Fremont, OH, a descendant of the first white settlers in Sandusky County, OH, died in Brooksville, FL on Wednesday, July 31, 2019. He was born March 5, 1940 in Fremont, OH to Oliver P. and Marjorie M. (Carnicom) Shannon. He was a 1958 graduate of Fremont Ross High School. John joined the United States Marine Corps immediately after graduation. He was a Marksmanship Instructor and member of the Hawaiian Marine Rifle Team. He was classified as “Master” by the NRA with the High Power Rifle and was a Life and Founding Member of the Marine Corps web site: togetherweserved.com.

In November 1962, he married Mary Ellen (Agee) of Lindsey, OH at St. Mark’s Lutheran Church in Fremont, OH. In 1964 John graduated from the Cincinnati College of Mortuary Science. He was a Funeral Director and Embalmer for many years in Wolcottville, IN, and Miami, FL. In 1971 he joined the Miami Police Department and retired in 1991 with the rank of Sergeant. After his retirement, he spent many years as a Hospice Volunteer in South Florida.

John was proceeded in death by his parents and sister, Carol Ann Berlekamp, Sidney, OH.

John was an unapologetic patriot and loved his country and those that served her. Political Correctness did not exist in John’s world and it shouldn’t be in yours either. He told it like it is. He touched many lives and told his wife to thank all those whose lives touched his. God, Country, Corps and Family was what he lived by—as etched on his gravestone “See you all on the other side”.

Service will be held on Saturday, August 10, 2019, 1:00 pm, with one hour of visitation at the funeral home prior to the service, Pastor Scott Mauch officiating.

Memorials in memory of John should be made to the Hospice of your choice or the Marine Corps Law Enforcement Foundation. Or you would be doing John and your loved ones a favor by replacing your sitting Congressman/woman and Senator or President if they are not living up to the standards set forth by our Founding Fathers—Semper Fi. May God bless America. “The universe wastes nothing—it just transforms”

Offer Condolences for the family of John Thomas Shannon