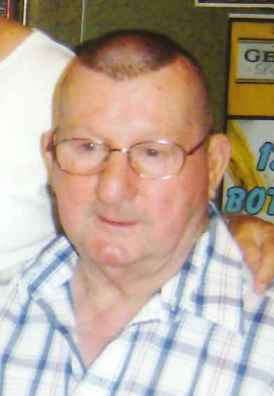 Jack married Lois I. Albert on September 3, 1960 at Sacred Heart Catholic Church and she survives. Jack was a Truck Driver his whole life and retired from Waste Management. He was a member of the Teamsters Local 20. Jack enjoyed NASCAR racing and collecting die cast NASCAR models. He also enjoyed traveling, especially to Branson, MO, spending time with his grandchildren and camping at Clinton Lake.

He was preceded in death by his parents, Wilbur Bartson and Marian Bartson Horn; brothers, Jerry and Jim Bartson.

Mass of Christian Burial: Monday, July 13, 2015, 10:30 am at Sacred Heart Catholic Church, 550 Smith Rd., Fremont, OH with an hour of visitation at church prior to the service with Fr. John Blaser officiating.

Offer Condolences for the family of John “Jack” W. Bartson