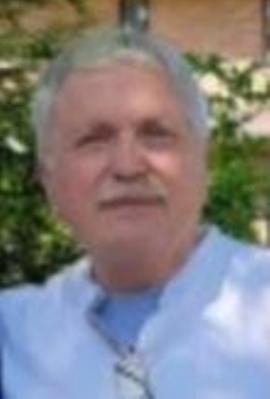 John D. Florian, 73, of Fremont, OH passed away unexpectedly on April 12, 2022 in Knoxville, TN while visiting his daughter and son.  He was born on April 6, 1949 in Monroe, MI the son of Paul and Veronica (Lucas) Florian.  He was a 1967 graduate of Airport Community High School in Carleton, MI he  also received a certificate in Machine Repair from the Henry Ford Community College in 1997.   John married JoAnn E. Andrews on December 25, 1998 in Las Vegas, NV and she preceded him on death on November 21, 2019.  He was a machine repairman at Chrysler for over thirty years until he retired in January of 2004.

John enjoyed working on cars and restored a ‘56 Ford Fairlane, ‘67 Ford Mustang Convertible and a ‘29 T-Bucket.  He was a NASCAR fan and enjoyed woodworking and camping.  John loved his dog, Dusty.  He also enjoyed spending time with all of his grandchildren.  He was a lifetime member of the Fremont VFW and Eagles.

He was preceded in death by his parents; wife; siblings, Vincent Florian and Marie “Sally” (Ron) Riddle.

Offer Condolences for the family of John D. Florian