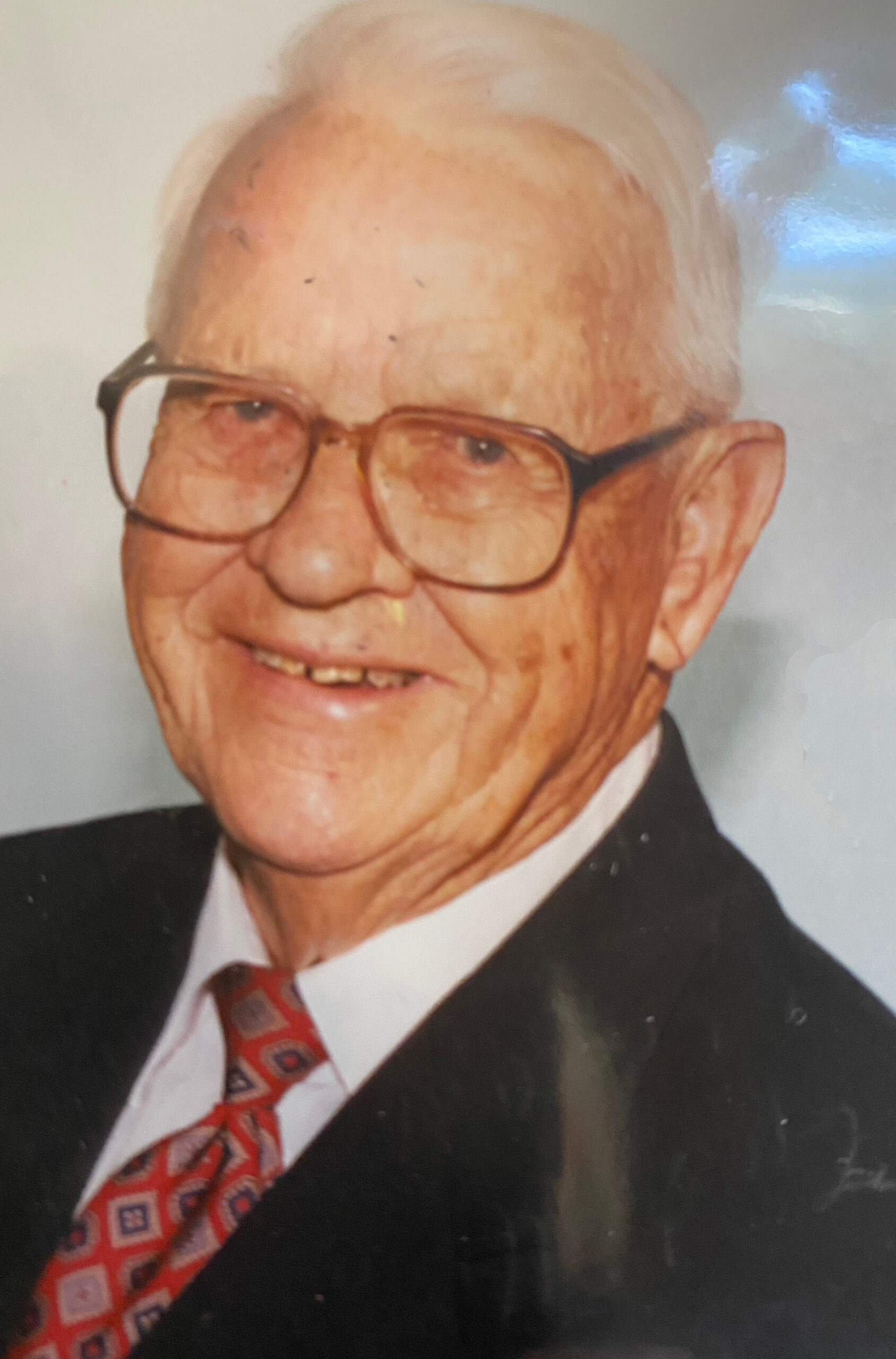 John A. Fraser, 102, formerly of Kent and Alliance, OH passed away on Sunday, May 10, 2020 at the Crandall Medical Center in Sebring, OH.

He was born on April 28, 1918 in New York City, NY. John was adopted by Russel and Pearl (Driscoll) Fraser and was raised in Youngstown, Ohio. He attended Boardman High School, ultimately graduating from Youngstown South High School.

John served in the Army Air Corps during WWII where he completed 35 missions over Germany as a B-17 crew-member (nose gunner/bombardier) assigned to the 379th Heavy Bomb Group (Triangle K), stationed at Kimbolton, England. During those missions, John developed a strong camaraderie with his fellow crew-members and maintained a close relationship with them after the war. He attended many crew-member reunions throughout his life. John and his fellow crew-members were especially proud of the granite monument tribute, “One Mo Time,” in which their names are inscribed at the Eight Air Force Museum in Savannah, GA. It is believed that John was the last survivor among his B-17 flight crew.

Returning home after the war, they settled and raised their family in northeast Ohio, Cleveland and Kent, ultimately moving to Alliance in 1969. He worked as a salesman for American Greetings and Ideal Roller, a subsidiary of W.R. Grace for many years before retiring in 1983. John and Laura resided in Lake Placid, FL after retiring, where he enjoyed golf and fishing. They eventually moved to the senior living community of Copeland Oaks in Sebring, OH. He was a member of Union Avenue Methodist Church.

He was preceded in death by his parents; wife, Laura (Hoppes) Fraser and sister, Catherine Evans.

Offer Condolences for the family of John A. Fraser