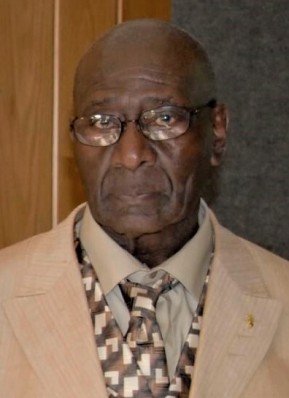 JC “James” Heidelburg, 90, of Fremont, OH passed away peacefully surrounded by his family on Wednesday, February 16, 2022 at Countryside Manor in Fremont, OH.  He was born on May 10, 1931 in Vossburg, MS, the son of Hardy and Minnie (Lindsey) Heidelburg.   JC was married to Adeline Jones on August 13, 1949 and she preceded him in death on December 12, 1991.  He worked at Kelsey Hayes Foundry until his retirement in 1993.  JC was a member of Greater St. James Church.  He played guitar and recorded gospel music with the Pleasant Valley Gospel Singers.  He also enjoyed fishing, baseball, playing and listening to blues and gospel music.

Services will begin at 11:00 am at the church with Pastor Todd Chance as the Eulogist.

Memorials can be made to the family of JC Heidelburg.

Condolence may be expressed to the family below.

Offer Condolences for the family of JC “James” Heidelburg