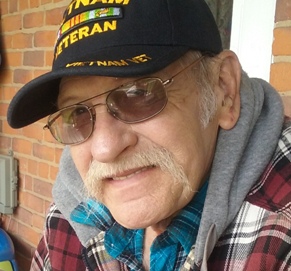 Jim worked at Brush Wellman as a machine operator and various other jobs, retiring in 2006 after thirty-nine years of service. He was a member of St. Paul Trinity United Methodist Church. Jim collected trains and enjoyed working on tractors. He loved spending time with his grandchildren and great grandchildren.
Jim also loved puzzles, his 1931 Chevy and his horses Annie and Renagade. He was well known for his handlebar moustache.

He was preceded in death by his parents and brother, Walter M. Haar.

Memorials can be made to the American Lung Association.

Offer Condolences for the family of James “Jim” G. Haar