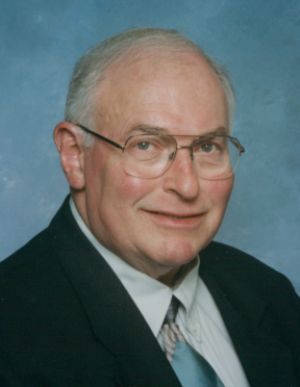 James Frederick Fritz, 91, formerly of Marion, passed away on May 1, 2022 after an extended illness at the Valley View Health Campus in Fremont, Ohio.   Jim was born in Bucyrus, Ohio to Frederick and Callie (Jacobs) Fritz.  The family lived on a southside Beal Avenue farm on which the family herded dairy cattle and raised chickens.  After WWII, the family purchased a farm southwest of town on the Wyandot Road.  Jim attended the Mount Zion School.  Active in FFA, Jim also played baseball and basketball.  After graduating in 1949, he majored in Animal Science at the Ohio State University, Columbus Campus.  He was a member of the Alpha Gamma Rho fraternity and the Air Force ROTC program.  While a student, Jim met his wife Patricia Ann Rein who lived and worked in Bucyrus.   They married in September of 1952 and resided in Columbus as Jim graduated in November of 1953.

Upon graduation, Jim entered officer training in the USAF and later completed pilot training.  Jim, Pat, and their young family were stationed at the Kadena Air Force Base in Okinawa, Japan from 1955 until 1956.  Upon completing active duty, the family moved to Coshocton, Ohio where Jim worked as a sales representative for McMillian Feeds and continued flying for the Ohio National Guard in Mansfield.

From 1960 to 1964, the family lived in Northeast Ohio as Jim continued with McMillian Feeds.  In 1964, the family lived briefly in Attica, Ohio as Jim began work for Plant Life Fertilizer Company of Marion.  When Jim was promoted in 1965 to Sales Manager for Plant Life, the family moved to the home on Newmans-Cardington Road where Jim and Pat lived until her death in 2014 and Jim’s move to Fremont in 2017.  From 1970 – 1974, Jim co-owned Farm Life Fertilizer Company.  Subsequently he was employed by the Wyandot Popcorn Company as Operations Manager until his retirement.  In retirement, Jim was engaged in commercial and residential real estate in Marion.

Lifelong Lutherans, Jim and Pat were active at the Trinity Lutheran Church, Marion, Ohio.  He served multiple terms on Church Council, Elder, Sunday School Superintendent, and Luther League Advisor, and sang in the church choir.  He lived his faith and for many years, began each day with the reading and study of scripture.

Jim also served on the Pleasant Township Planning Commission, loved working in yard and woods, and developed an interest in Ohio Native American and frontier history.

The family plans for a private interment at the Waldo Cemetery.

The family thanks the dedicated and caring staff of Valley View Health Campus for their care of Jim.

Memorials may be given to the Trinity Lutheran Church, Marion, OH.

Offer Condolences for the family of James Frederick Fritz