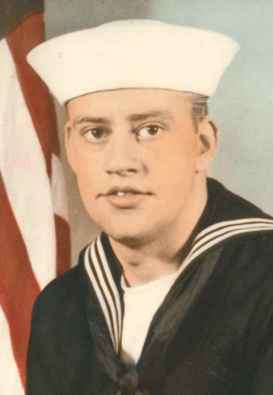 Jim served on the USS Intrepid during Vietnam from September 1967 to February 1969 and was awarded the National Defense Service Medal, Vietnam Service Medal with Two Campaign Stars, Republic of Vietnam Campaign Medal with Device (1960-) and Navy Unit Commendation Ribbon. He joined the Navy Reserves from 1972 to 1973, the Army National Guard form 1978 to 1984 and the Army Reserves from 1984 to 1985. Jim was very proud of his service.

Jim married Sheila (Fitzgerald) Boatman on July 30, 1992 in Fremont, OH and she survives. He worked for the Woodville Lime Plant for thirty years and was currently working for Penske Truck Leasing in Clyde, OH. Jim was a member of the American Legion. He enjoyed fishing, working as an auto mechanic and spending time with his grandchildren.

He was preceded in death by his parents; sister, Effie Long and step grandson Jason Boatman.

Burial: Smith Cemetery with Military Honors provided by the American Legion and VFW.

Memorials: To the Family or Stein Hospice of Sandusky, 1200 Sycamore Line, Sandusky, OH 44870.

Offer Condolences for the family of James F. Long