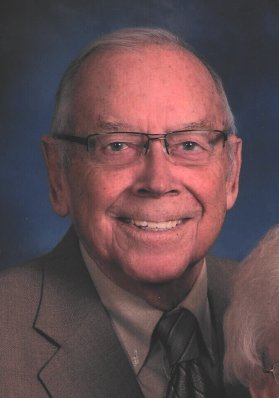 Jack Walter Mullholand, 93, of Fremont, OH passed away at home on May 21, 2018. He was born July 20, 1924 in Adrian, OH to Harold and Helen (Gibson) Mullholand. He was a 1942 graduate of Carey High School and received his Pharmacy Degree from Ohio Northern University in 1950.

Jack served in the U.S. Navy on the U.S.S. California during WWII and was awarded the Pacific Theater Ribbon (3 Stars), American Theater Ribbon, WWII Victory Medal and Philippine Liberation Ribbon (2 Stars). While stationed on the U.S.S. California he logged in more than 101,000 miles while circumnavigating the world and received seven battle stars. They sailed from San Francisco to Singapore to Cape Town, South Africa and returning to Philadelphia.

Jack was a member of St. Joseph Catholic Church where he was an usher for many years. He was also a lifetime member of the V.F.W. and a member of the SJCC Boosters, Elks, American Legion, Moose and Eagles. Jack enjoyed fishing and playing cards.

Offer Condolences for the family of Jack Walter Mullholand