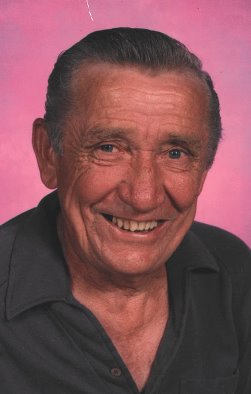 Jack served in the US Marine Corps from October 12, 1948 until July 26, 1949 and was honorably discharged. He married Sue (Sylvester) Batesole in 1982 in Upper Sandusky and she survives. Jack worked as a heavy equipment operator for Gottron Brothers Company for thirty-nine years and worked for Sleepy Hollow Golf Course as general maintenance for twenty-two years. He was a former member of Memorial Evangelical United Brethren Church, VFW, Eagles and Moose. Jack enjoyed fishing, hunting and watching many sports. He was an avid Fremont Ross Little Giants Football fan, holding season tickets for sixty-six years. Jack was also an avid Ohio State Buckeyes and Cincinnati Bengals fan. In his younger years, he coached youth recreational baseball and was involved in scouting. Jack loved attending sporting events for his grandchildren. He will be remembered as someone who would lend a helping hand to anyone in need and was a friend to many.

He was preceded in death by his parents; one brother and six sisters.

Service: Friday, July 26, 2019, 11:00 a.m. at the funeral home with an hour of visitation prior to service. Pastor Ann Marshall of St. Peter Evangelical Lutheran Church of Norwalk, OH will be officiating. A Military Service provided by the VFW will follow.

A private burial service will be held by the family at a later date at Four Mile House Cemetery, Fremont, OH.

Offer Condolences for the family of Jack Verlin Wetzel