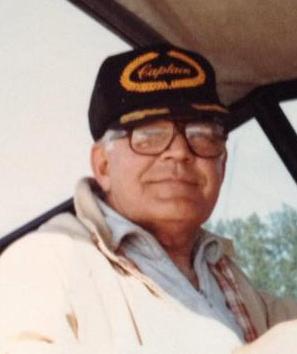 Howard “Rocky” A. Koebel, 90, of Fremont, OH passed away on November 9, 2014 at Countryside Continuing Care Center in Fremont, OH. He was born on October 20, 1924 in Fremont, OH to son of Howard A. and Lucy (Shawl) Koebel, Sr. He married Patricia Forsythe on June 24, 1944 at Trinity United Methodist Church in Fremont and she survives.
Howard owned and operated Koebel’s Market for 53 years until he retired in 1992. He loved more than anything else spending time at his cottage (D.S.P.) on the Sandusky River where he enjoyed entertaining his family and friends. He also enjoyed boating and cooking.
Howard is survived by his wife of seventy years, Patricia Koebel, Fremont; children, Garrett (Julie) Koebel, Colorado Springs, CO, Randall (Judith) Koebel, Fremont, Rick (Madeline) Koebel, Colorado Springs, CO and Kelly (Chris) Jones, Fremont; sister, Mary Keyes, Fremont; grandchildren, Patricia VanDyke, Melissa Koebel, Jamie Snively and Lauren Koebel; great grandchildren, Clay, Cody, Skyler, Miles and Sienna and several nieces and nephews.
He is preceded in death by his parents, brothers, Robert and Willis Koebel.
A Celebration of his life will be held in the summer of 2015 at his Cottage on the Sandusky River.
Online Condolences may be left to the family at www.whhfh.com
Arrangements are entrusted to Wonderly Horvath Hanes Funeral Home and Crematory, 425 E State St., Fremont, OH.

Offer Condolences for the family of Howard “Rocky” A. Koebel