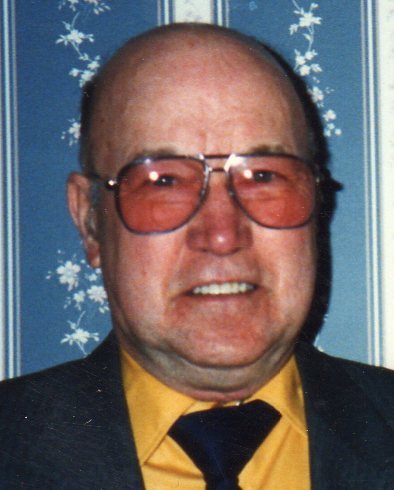 Herman J. “Jack” Eilrich, 91, of Fremont, OH passed away on Tuesday, May 21, 2013 at Firelands Regional Medical Center in Sandusky, OH. He was born on December 12, 1921 in Fremont, the son of Herman C. and Edith H. (Haubert) Eilrich. He was a graduate of Fremont Ross High School.

Jack served in the U.S. Army from 1942 to 1946 during WWII. He was stationed in Central Europe and was awarded the European African Middle Eastern Theater Ribbon with one Bronze Star; Asiatic Pacific Theater Ribbon; American Theater Ribbon; WWII Victory Medal and Good Conduct Medal.

Jack married Naomi G. Cockrell on December 16, 1942 at St. Joseph Catholic Church and she preceded him in death on November 5, 2001.

Jack worked for Tony’s Bakery for eighteen years. He then worked at Peter Eckrich for five years. He was a Self-Employed Carpenter in Arizona until he retired in 1983. Jack was a member of St. Ann Catholic Church and A.A.R.P. He enjoyed playing cards and spending time with his family and friends.

He was preceded in death by his parents; wife, Naomi Eilrich and brother, Richard E. Eilrich.

Offer Condolences for the family of Herman J. “Jack” Eilrich