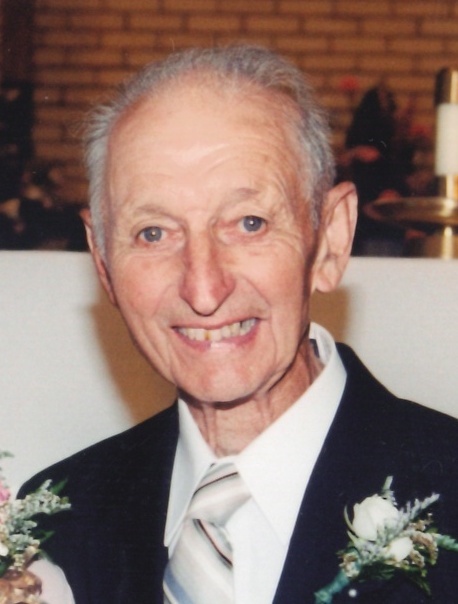 Herbert A. Gabel, 91, of Fremont, OH passed away in his home, with family at his bedside, on Tuesday, March 18, 2014. He was born on July 27, 1922 to Edward A. and Clara (Busold) Gabel at this same family homestead in Jackson Township. He was a 1940 graduate of Jackson Burgoon High School where he was proud to star as Hansel in a school play, and was chosen to represent his school as a science fair delegate at the Ohio State Science Fair.

Herb married Mary Margaret Finsel on September 8, 1951 at St. Wendelin in Fostoria. She survives. He was a life long farmer on his 80 acre family farm raising grain crops and dairy. Herb also drove school bus for St. Mary School and the Lakota School District for 24 years taking this responsibility very seriously. He loved this job and felt he was instrumental in impacting young people’s character development. He also worked for Crown Rubber early in his marriage while driving bus, farming, and beginning his family with Mary. His first vacation was to Europe to celebrate 35 years of marriage.

Herb was a member of St. Mary Catholic Church, the Holy Name Society, the Men’s Choir, Cursillo, RENEW, Christian Family Movement, S.E.R.S. of Ohio and Lakota school Retirees Group. Herb’s hobbies included polka, square, round and “fast” dancing, as well as playing the organ, softball games, collecting beautiful rocks from the fields, and playing vicious games of ping-pong and checkers with unsuspecting competitors. He enjoyed farming with Chris and spending time with his wife, children, grandchildren, neighbors, and friends.

He was preceded in death by his parents; daughter, Rosanne Walker; siblings, Ruth Koch and Donald Gabel.

Offer Condolences for the family of Herbert A. Gabel