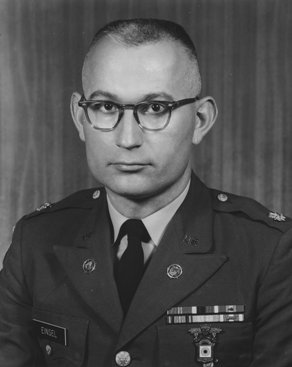 Henry Lee Einsel, 88, of Fremont, OH passed away on Monday, February 4, 2019 at Bethesda Care Center. He was born April 14, 1930 in Clinton Twp., OH, the son of David W. and Naomi D. (Williams) Einsel, Sr. He was a 1948 graduate of Columbian High School and received a bachelor’s degree in Humanities and History from Kansas State University in 1966.

Henry married Mary (McClenathan) Halbisen on August 31, 2005 and she survives. He was a retired horse owner and lessor. He was a member of Sacred Heart Catholic Church, AM VETS, DAV, USTA and TROA. He was a former member of the Tiffin Masonic Bodies, Moose Club, American Legion and VFW. Henry enjoyed fishing and was a competitor and master shooter placing at the Camp Perry National Rifle Matches.

Offer Condolences for the family of Henry Lee Einsel