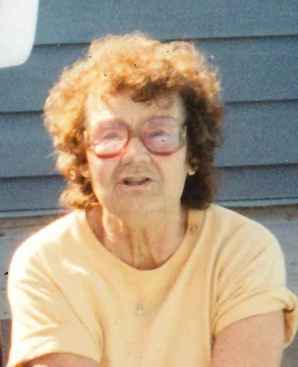 Helen R. Foos, 91, of Fremont, OH passed away peacefully surrounded by her family on Sunday, January 10, 2016 at Valley View Healthcare Center. She was born Helen Rose Baumer on September 25, 1924 in Fremont to the late Joseph and Clara (Malkmus) Baumer.

Helen worked at Crown Rubber in Fremont and the Paramount Movie Theater. She was Co-Owner of Clyde Hardware where she kept the books for her first husband. She was also Kitchen Manager for a short time at Sacred Heart Cafeteria. Helen was known for keeping an immaculate home.

Helen was one of the original founding members of Sacred Heart Catholic Church and member of the Altar Rosary Society. She was also a member of the Women of the Moose. Her hobbies included bingo. She loved to play cards and take bus trips to Casinos, play pinochle and solitaire on the computer and listen to country music. Helen walked everyday for twenty years at the YMCA. She spent her winters at Four Winds in Crescent Beach Florida and enjoyed time with her families in Virginia and Oklahoma.

Offer Condolences for the family of Helen R. Foos