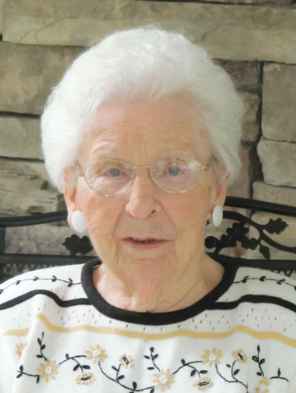 Helen L. Dobie, 96, of Fremont, OH passed away on Tuesday, October 28, 2014 at Promedica Memorial Hospital. She was born on December 31, 1917 in Wayne, OH, the daughter of John Henry and Olive Grace (Ottney) Sielschott.

Helen married Harold L. Dobie on August 29, 1940 and he preceded her in death in 1992. She loved to sew and was a seamstress for Howard Zink Corporation as well as Bintz’s and Richard’s Department Stores until she retired in 1984. She was a member of the Fremont Senior Center. Helen also enjoyed traveling, her grandchildren’s sporting events and playing cards and going out to eat with her friends.

Offer Condolences for the family of Helen L. Dobie