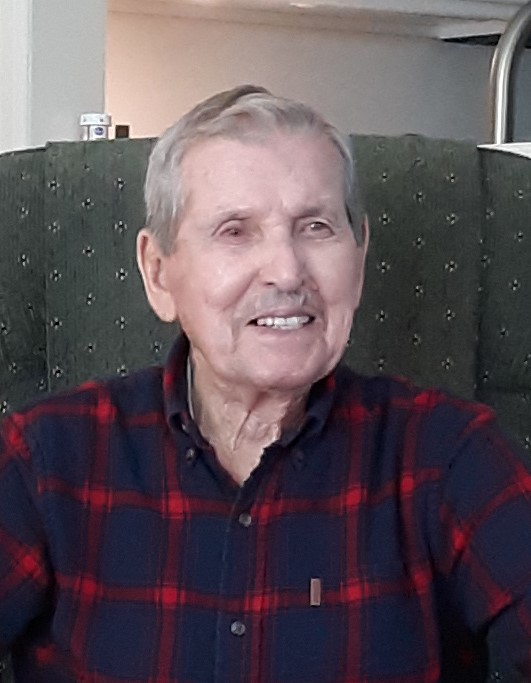 Harry F. Warner, 93, of Fremont, Ohio passed away on August 3, 2022.  He was born on Dec 6, 1928 in Johnstown, PA. to Harry W. and Cecelia (Stepniak) Warner.  Harry was a 1946 graduate of Gibsonburg High School. Shortly after High School he became involved in the propane gas business. In the 1960’s Harry started Warner’s Propane Gas Co. and later was employed by Phillips Propane Gas Company of Toledo. In the 90’s he retired as the owner/operator of Warner’s Water Hauling of Oak Harbor.

On January 28, 1950 Harry married Mary Hofelich at Clyde St. Marys Church. They were married over 67 years before Mary’s passing in 2017. Harry and Mary were able to travel and see a lot of the country and he would tell you that he was always thankful for the many experiences they shared together.

Harry was very fond of his dogs, and always made sure he had man’s best friend by his side. He also loved boating and had owned numerous boats over the years, with his favorite being the classic wooden Lymans.

Harry was a family man and someone you could always count on. If you were Harry’s neighbor you probably considered yourself pretty lucky. Harry also was a very meticulous man with a lot of fortitude. If he made up his mind to do something, look out, because somehow it was going to happen. Over his lifetime Harry took a lot of pride in keeping his businesses and homes in excellent order. After moving to Assisted Living he continued to recite his favorite phrase “I’ve got to get things shaped up.”

The family would like to thank the staff at Valley View Assisted Living for the compassionate care they provided Harry.

A private service and interment will take place at Greenlawn Memory Gardens.

Memorials may be made to St. Jude’s Children’s Hospital https://www.stjude.org/or the donor’s choice.

Offer Condolences for the family of Harry F. Warner