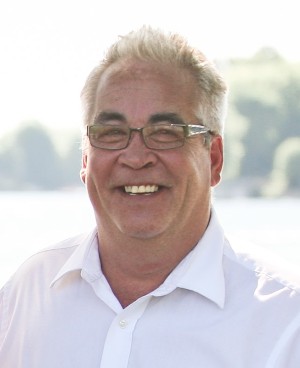 Gregory Gerard Mauch, 59, of Fremont, Ohio passed away Thursday July 23, 2020 at his home due to a chronic illness.
Funeral services will be held on a date to be determined at Augustana Lutheran Church in Hobart, Indiana. Service will be by invitation only due to the Coronavirus pandemic. The funeral service will be broadcast live on Augustana Lutheran Church-Hobart Facebook page, which will be open to the public, with Rev. Scott D. Mauch officiating. Burial will follow at Chapel Lawn Memorial Gardens, Schererville, Indiana.

Greg was born in Hammond, Indiana to Walter L. and Leone (Zbikowski) Mauch on December 13, 1960. Greg was a graduate of Lake Central High School in St. John, Indiana class of 1979. He was also a graduate of Wabash College in Crawfordsville, Indiana class of 1983 where he earned a BA in Economics and studied abroad at Oxford University in London, England. At Wabash Greg played baseball and football and was part of one of the winningest football teams in Wabash (Little Giant) history. Greg had many jobs throughout his career the highlight of these being his position with Walmart International where he worked to open stores in Germany. While working in Germany he had the opportunity to visit numerous cities and historical sites throughout all of Europe with his favorite being Prague. Greg was a member of AA and cherished the connections and support he had there.

Greg was preceded in death by grandparents Leo and Mary (Sobota) Zbikowski, grandparents Walter A. and Margaret (Manis) Mauch, and brother Daniel Mauch.

In lieu of flowers Greg invites you to give generously to your local food pantry, Wabash College Scholarship Fund, or your local AA group in his memory.

The family would like to thank the residents of Bethany Place in Fremont for welcoming Greg into their community and for allowing him to be their Bingo caller. He treasured all of you and the time he spent with you. The family would also like to thank the AA group that met at St. Mark Lutheran Church for the unwavering support they provided for Greg the last two years.

Offer Condolences for the family of Gregory Gerard Mauch