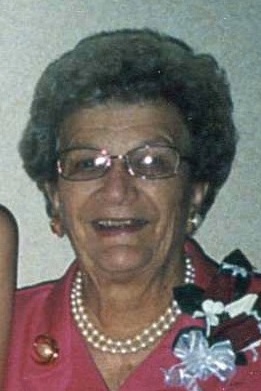 Gertrude Wilhelm, 88, of Fremont, OH passed away at her home on Tuesday, September 8, 2015. She was born on January 28, 1927 in Fremont, the daughter of Joseph and Antonina (Jasinski) Zaleski. She was a 1944 graduate of Fremont Ross High School.

Gertrude married Paul L. Wilhelm on September 10, 1949 at St. Casimir Catholic Church in Fremont and he preceded her in death on February 9, 2013.

Gertrude was mostly a homemaker where she enjoyed cooking and baking and taught her daughters how to sew. She also worked as an Assembler at Eaton Controls and then worked as a Cook at Fremont Jr. High School for fourteen years, retiring in 1989. She loved to travel in Europe and the U.S. Gertrude was an avid Polka Dancer during the Summer Fest. She was member of St. Joseph Catholic Church and a member of the Fremont Eagles, Moose, VFW and American Legion.

Offer Condolences for the family of Gertrude Wilhelm