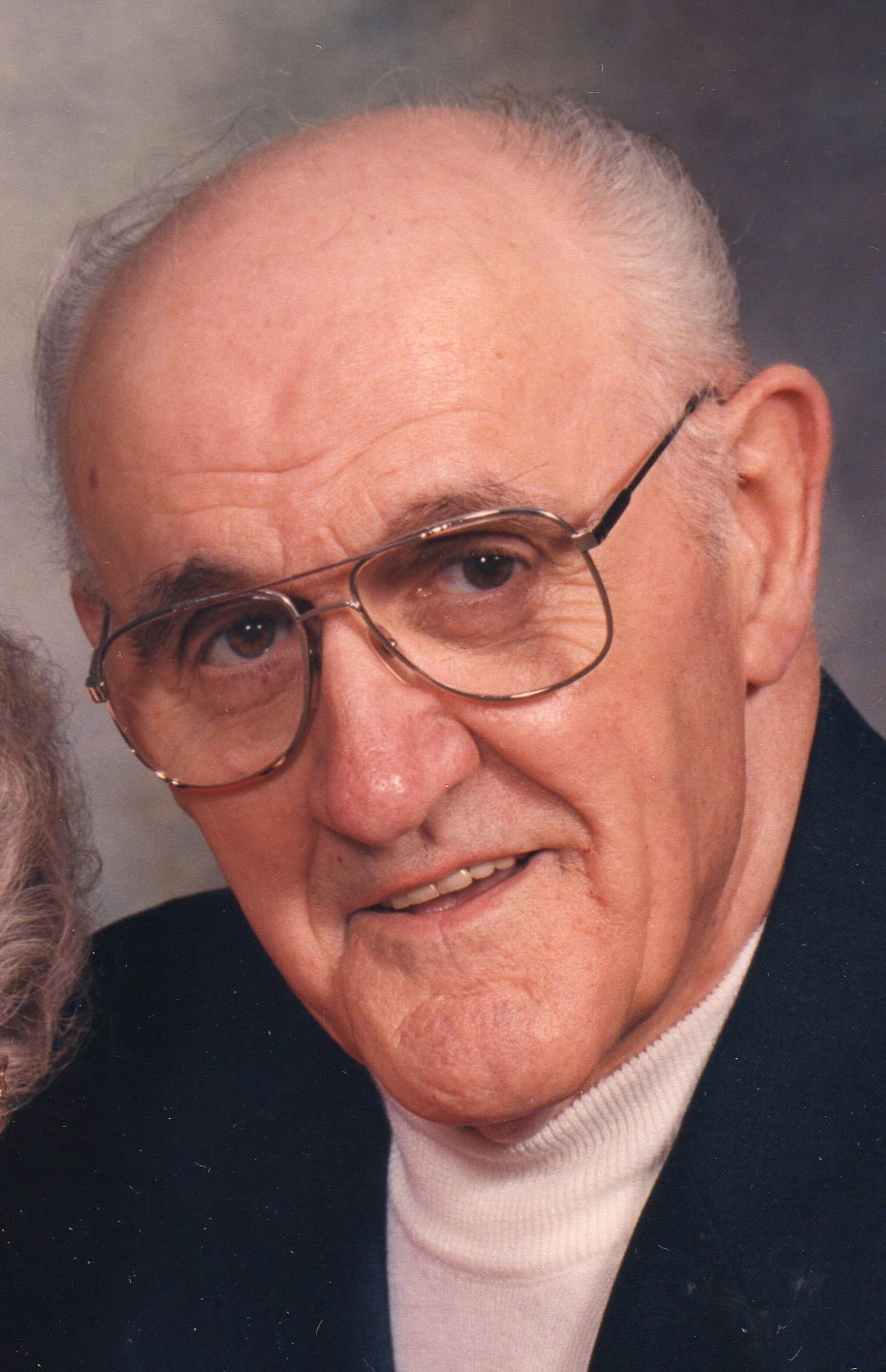 Gerard B. Shondell, 88, of Tiffin Rd, Fremont passed away on Monday, October 29, 2012. He was born on May 18, 1924 in Oakwood, OH to Bernard and Cora (Fitzwater) Shondell. He was a 1943 graduate of St. Joseph High School.
Gerard served in the U.S. Navy during WWII from 1943 to 1946 and was awarded the Asiatic Pacific Medal, WWII Victory Medal and American Area Medal. He married Roselyn M. Darr on January 25, 1947 at St. Joseph Catholic Church in Fremont and she survives.
Gerard worked for Peter Eckrich Co. and retired in 1986 after many years of service. He was a Founding member of Sacred Heart Catholic Church and Men’s Association, BK Liars Club, American Legion Post #121, Fremont, Heisey Collectors of America and a member and previous volunteer of the MAD River NKP Railroad Museum in Bellevue, OH. Gerard had a lifetime interest in trains and also enjoyed watching them. He also enjoyed auction sales.
Gerard is survived by his wife, Roselyn M. Shondell, Fremont, OH; son, David (Cheryl) Shondell and daughter, Janie (Greg) Steffens, both of Fremont, OH; sister, Janis Lehman, Waterford, MI; grandsons, Ryan, Eric, Cory, Philip, Scott and four great grandsons.
He was preceded in death by his parents, sister, Teresa Swartz and step mother, Marcella (Durnwald) Shondell.
Visitation: Wednesday from 4:00 p.m. to 7:00 p.m. at Wonderly Horvath Hanes Funeral Home, 425 E. State St., Fremont, OH.
Mass of Christian Burial: Thursday, November 1, 2012, 12:00 p.m. at Sacred Heart Catholic Church, 550 Smith Rd, Fremont, OH with visitation at the Church from 11:00 a.m. until 12:00 p.m. prior to the service.
Memorials may be made Sacred Heart Catholic Church or Bishop Hoffman Catholic Schools-St. Joseph Central Catholic High School Campus Tuition Fund.

Offer Condolences for the family of Gerard B. Shondell