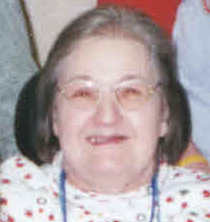 Geraldine “Jerri” M. Hetrick, 75, formerly of Finefrock Rd., Fremont, OH passed away on October 26, 2013 at Toledo Hospital. She was born on May 9, 1938 in Bellevue, OH to Charles and Roberta (Kaple) Missler. She was a graduate of Bellevue High School.

Jerri married Ward D. Hetrick on June 13, 1964 in Bellevue, OH and he preceded her in death on July 17, 2007. She worked as the Manager of the Old Orchard Motel for fourteen and a half years until she retired. She was a member of Sacred Heart Catholic Church and enjoyed sketch painting.

Offer Condolences for the family of Geraldine M. Hetrick