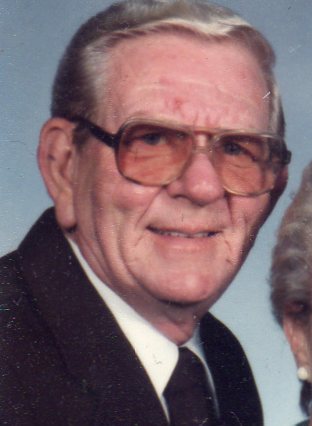 Gerald “Jerry” F. Blodgett, 86, of Fremont, OH passed away on Wednesday, June 28, 2017 at Heritage Village of Clyde. He was born on January 6, 1931 in Green Springs, OH to Merle and Irene (Remsberg) Blodgett. Jerry received an Associate Degree from the University of Toledo.

Jerry married Georgia “Cathryn” McDonald on October 31, 1949 in Cumberland, MD and she preceded him in death on August 12, 2008. He served in the U.S. Marine Corps during the Korean War from January 10, 1952 until January 9, 1954 and was awarded the Korean Service Medal with 2/Stars; United Nations Service Medal; China Service Medal and National Defense Service Medal.

Jerry worked at Whirlpool Corporation in Clyde as a Supervisor for forty years and retired in 1990. He was a member of St. Mark Lutheran Church; a Life member of the VFW and American Legion and a member of the Eagles. He enjoyed bowling, camping, fishing and spending time with his family, especially his grandchildren and great grandchildren. He was an avid Cleveland Indians, Browns and Cavs and Ohio State Buckeyes fan.

Service: Monday, July 3, 2017; 11:00 a.m. at the funeral home with Pastor CJ Burel officiating. Jerry requests that all those in attendance to please wear their favorite Cleveland Indians attire.

Burial: Oakwood Cemetery with military honor’s provided by the VFW and American Legion

Offer Condolences for the family of Gerald “Jerry” F. Blodgett