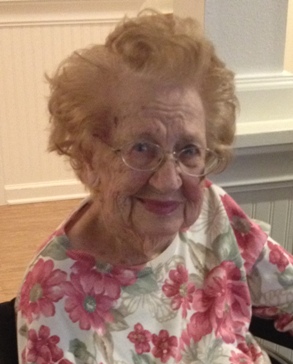 Frances married Evan Lynch on September 9, 1931 and he preceded her in death on October 2, 1986. She worked at the grocery store in Old Fort right after high school until she married and then began working on the farm with her husband.

Frances was a lifelong member of Old Fort United Methodist Church where she was involved with the Win One Sunday School. Frances enjoyed playing cards and participated in the neighborhood Pinochle Club in Old Fort.

Frances is survived by her daughter, Susan Lynch of Pinellas Park, FL; many nieces, great nieces and nephews.

Offer Condolences for the family of Frances E. Lynch