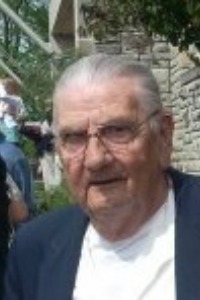 Ray worked as a car man for Norfolk and Southern Railroad for twenty-seven years until he retired in 1987. He enjoyed watching the news and old westerns. He loved to work on cars, travel the country, spending time with his grandchildren and his cat, Booger.

Offer Condolences for the family of Ernest Ray Headrick