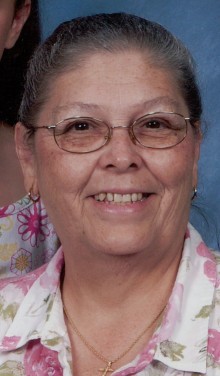 Enriqueta “Gloria” Walters, 75, of Fremont, OH passed away on February 18, 2022 at Toledo Hospital.  She was born on March 23, 1946 the daughter of Juan and Rosario (Rios) Rodriguez.  She was a 1965 graduate of Gibsonburg High School.  Gloria married Robert Alan Walters and he preceded her in death on December 5, 2003.  She was a homemaker and member of First Presbyterian Church and the Fremont Eagles.  Gloria enjoyed playing bingo, fishing, cooking, shopping and helping others.  She also volunteered at the Fremont Senior Center.

Offer Condolences for the family of Enriqueta “Gloria” Walters