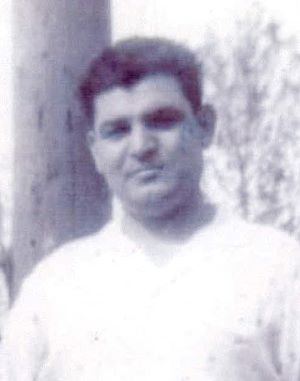 Emede Silva, 86, of Helena, OH passed away on January 16, 2023 at his home.  He was born on January 17, 1936 in Conception, TX the son of Guadalupe and Marcela (Salinas) Silva.  He married Maria C. Castillo on August 2, 1959 at St. Joseph Catholic Church and she preceded him in death on April 30, 2017.  Emede worked at Whirlpool Corp. for thirty-eight years in the weld set-up department until he retired.  Emede was a member of St. Joseph Catholic Church and the Guadalupe Society.  He loved to spend time with his family, especially his grandchildren, and playing the guitar and singing.

The family would like to thank Dean Silva and the staff at ProMedica Hospice for their kind care for their father.

Offer Condolences for the family of Emede Silva