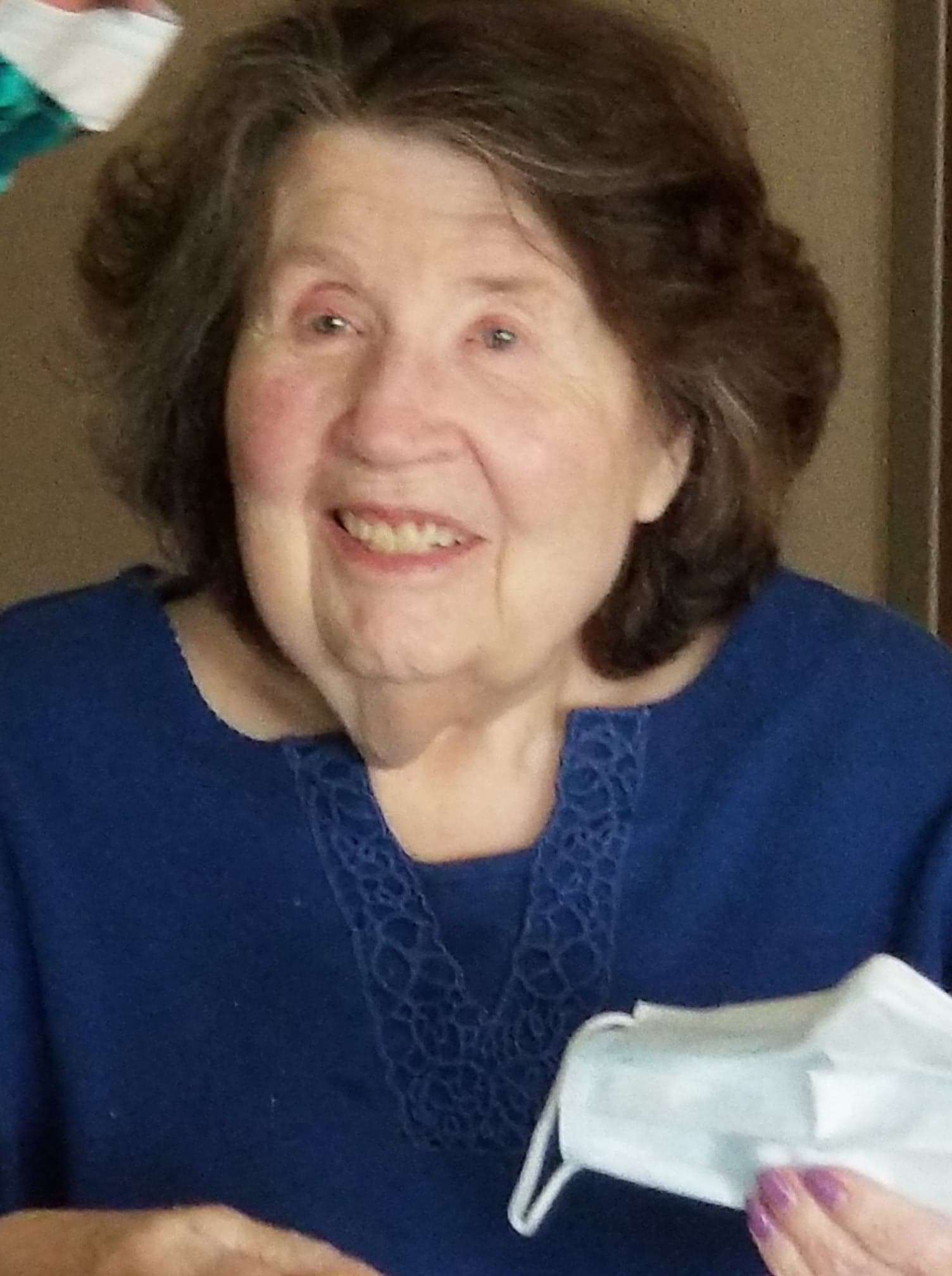 Dorothy June Valent, born June 1, 1927 in London, England, passed peacefully at Bethesda Care Center on May 28, 2020. June was the only child of William and Annie Jane (Pretty) Cleland. June volunteered with the USO in London during World War II and met and married her American soldier and love Phillip Valent Jr. June’s father insisted she not marry until she was 18 years old, so she married the next day, June 2., 1945. Phil and June spent 55 blessed years together until his passing in 2000.

June came to America in 1946 on the Queen Mary, arriving at Ellis Island and New York City. She only knew America to be like in the movies, full of glamour and glitz. She boarded a train to meet up with her husband and family in Clarksburg, West Virginia, a far cry from her expectations, but met with open arms and much love from her new American family.

June relocated to Reading, England during the war years and worked as a secretary. She returned to the work force when her children were teenagers. June was the executive secretary of Sandusky County YMCA for many years.

June loved music, dancing, adventure, traveling and impromptu family gatherings for no particular reason. She most loved surprise visits from grandchildren and their babies. She made numerous trips back to England and Scotland and enjoyed most when sharing her travels and culture with her children. June found a sisterhood in the states through her membership and participation in the Daughters of The British Empire organization, attending numerous national, district and state conventions. Her beautiful humming and smiles will be missed greatly.

Due to the current Covid 19 circumstances private services will be held for the family and June’s remains will be placed next to her husband in Greenlawn Cemetery, Clarksburg, West Virginia at a later date.
The family wishes to extend heartfelt thanks to the loving and caring angels of Bethesda Care Center and the ProMedica Hospice.

Memorial contributions may be made in June’s memory to Daughters of the British Empire and Sandusky County ProMedica Hospice.

Offer Condolences for the family of Dorothy June Valent