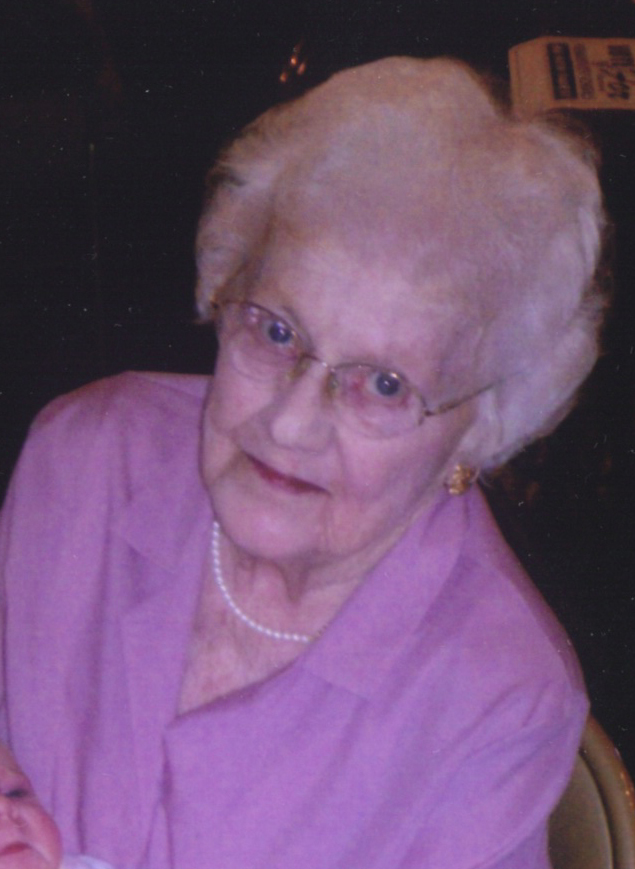 Doris E. Haubert, 91, formerly of Tucker Rd, Fremont, OH passed away on Sunday, March 10, 2013 in the home of her son in Helena, OH. She was born on February 10, 1922 in Riley Township, OH, the daughter of Carlton and Verna (Garner) Jacobs. She attended the one room Jacobs and Stokes Schools through eighth grade and was a 1940 graduate of Fremont Ross High School.

Doris married Robert F. Haubert on February 23, 1946 at St. Mary’s Church in Millersville and he preceded her in death on July 24, 2003. She worked at Carbon Company for four years and Pioneer Sugar in the main laboratory for nine years. Doris was a member of Grace Lutheran Church where she assisted with Altar Service for nine years. She was also a member of Women of the Moose and the Riley Luther League. She enjoyed going to class reunions, watching the Cleveland Indians, jigsaw puzzles, playing cards and spending time with grandchildren.

She was preceded in death by her parents; husband; brothers, Milan, Norman, Bernell and Donald Jacobs.

Offer Condolences for the family of Doris E. Haubert