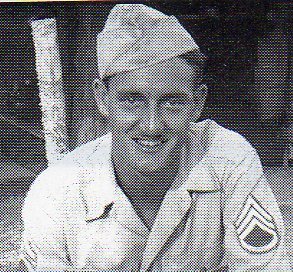 Donald served in the U.S. Army as a Staff Sergeant with the 148th Infantry from February 11, 1941 to May 21, 1945 in the Philippine Islands and Northern Solomon’s Campaigns. Donald was awarded the Distinguished Unit Citation; Asiatic Pacific Theater Ribbon with two Bronze Stars; American Defense Service Ribbon; Philippine Liberation Ribbon with one Bronze Star; Good Conduct Ribbon and Combat Infantryman Badge.

Donald married Kathryn “Kaye” R. Basch on June 21, 1945 at St. Ann Catholic Church in Fremont and she preceded him in death on March 9, 2013. He was a member of Sacred Heart Catholic Church, the Eagles, Moose and VFW. He enjoyed boating, fishing, golfing, the outdoors and spending the winters in Clearwater, FL with his wife.

He was preceded in death by his parents; his wife of sixty-seven years, Kathryn “Kaye” R. Collier; brothers, Robert, Howard and Arthur Collier; sister, Laura Dosenzuk.

Offer Condolences for the family of Donald R. Collier