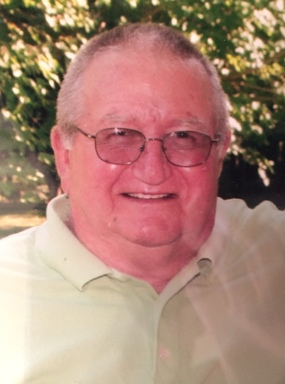 Donald G. Engeman, 82, of Green Springs, OH passed away on Thursday, March 19, 2015 at ProMedica Memorial Hospital in Fremont. Hew as born on December 14, 1932 in Bascom, OH, the son of John and Hazel (Feasel) Engeman. He was a 1951 graduate of Green Springs High School.

Donald served his Country in the U.S. Navy during the Korean War from 1952 until 1956 and was awarded the National Defense Service Medal and Good Conduct Medal. He married Marlene Jo Miller on June 21, 1958 in Republic, OH and she survives.

Donald was a Blaster for Basic, Inc, for forty-two years and retired in 1994. He was a member of the Quarter Century Club at Basic, Inc. and a member of the Green Springs American Legion for fifty-nine years. Donald enjoyed golf, softball, bowling, camping and the Detroit Tigers.

He was preceded in death by his parents and sister, Mary Ellen Birch.

Offer Condolences for the family of Donald G. Engeman