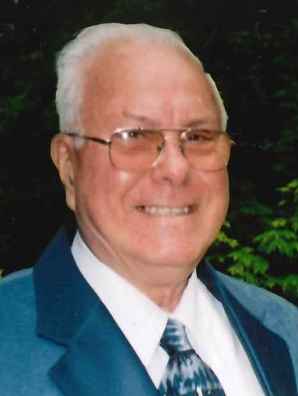 Donald E. Perkins, 83, of Fremont, OH passed away unexpectedly on Monday, January 19, 2015 at Baylor Medical Center in Waxahachie, TX. He was born on July 14, 1931 in Fremont, the son of Earl and Olive (Slane) Perkins. He was 1950 graduate of Fremont Ross High School and received an Associate Degree in Applied Science- Industrial Management from Terra Community College.

Don served in the U.S. Army Reserves and was called to active duty on January 15, 1952 during the Korean War. He was awarded the Army Service Ribbon and National Defense Service Medal.

Don worked as a Supervisor at Kelsey Hayes for eighteen years and retired in 1994. He was a member of the Word of Truth Christian Center in Bowling Green, Home Missionaries and Mission America Placement Service (MAPS) since 1994. He was also a mentor of boys through the Assemblies of God Royal Rangers Program. He enjoyed fishing, camping, woodworking and flower gardening.

Visitation: Sunday from 2 to 4 and 6 to 8 p.m. at Wonderly Horvath Hanes Funeral Home,

Service: Monday, January 26, 2015; 11:00 a.m. at Journey Church, 565 South State Route 19, Fremont, OH with Pastor Jerry Hunt officiating. There will one hour of visitation prior to the service at the church.

Offer Condolences for the family of Donald “Don” E. Perkins