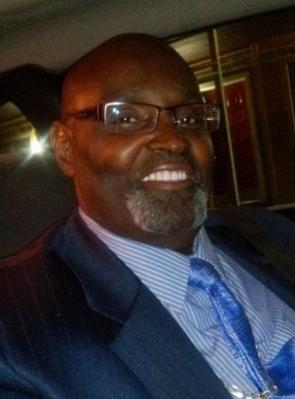 David Earl Liggins, 57, of Orrville, OH passed away on Saturday, January 9, 2016 at University Hospitals of Cleveland. He was born on April 9, 1958 in Fremont, OH the son of Tommie Lee and Clover (Lee) Liggins, Sr. He was a 1976 graduate of Fremont Ross High School and attended University of Arizona.

David married Debi Skaggs on May 28, 1998 and she preceded him in death on May 23, 2013. David had previously worked for an Airport in Tucson, AZ, the Juvenile Detention Center in Smithville, OH and Tampa, FL and the Sandusky County Sheriff’s Dept. He also coached football at various Universities.

David played football at the University of Arizona where he was an All American and MVP of the 1979 Fiesta Bowl and team MVP in 1980. He was also inducted into the Fremont Ross Hall of Fame, 1st Team All Ohio, and ran track and pole vaulted. David enjoyed singing and loved everybody. He also owned David Liggins Racing LLC.

Memorial Service: Saturday, January 16, 2016; Noon at Hayes Memorial United Methodist Church, 1441 Fangboner Rd, Fremont, OH with an hour of visitation prior to the service at the church. Bishop Mark Conley will officiate.

Offer Condolences for the family of David Earl Liggins