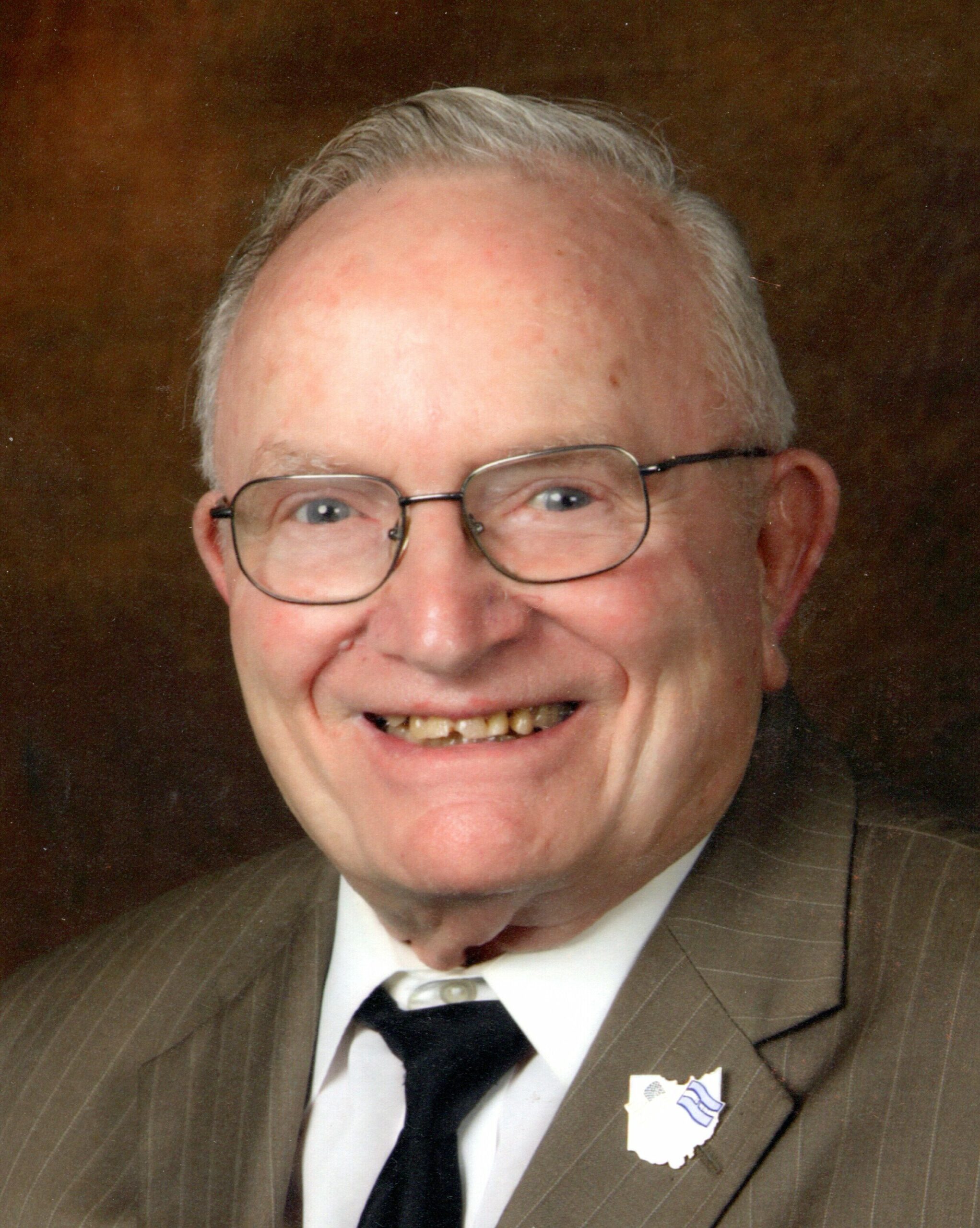 Clovis “Gene” Trusty, 91, a great man, passed on July 17, 2020 in Clyde and met with his Lord and Savior, Jesus Christ. The reunion that he is having with his wife, family, friends, and the many that he led to the Lord is nothing short of spectacular and beyond the imagination. One can almost hear the shouts of joy.

Gene was born July 12, 1929 in the small mining town of Vicksburg, Indiana. Growing up in a large family in the midst of the Great Depression instilled in Gene a hard work ethic, a strong faith in God, and a passion for people. He moved to Fremont nearly 70 years ago, and in those seven decades Gene impacted thousands of people with his faith and friendship.

Gene married Dorothy Garlock on March17, 1950, and she preceded him in death on September 5, 2008. Gene retired from Union Carbide in the 1990s, but he continued to volunteer countless hours at Fremont Baptist Temple and its school, Temple Christian Academy. He was the church’s volunteer maintenance man, bus driver, and usher, but his greatest role was serving as the church’s unofficial greeter; he was well-known at church and throughout the community for his friendly hugs and his “milk-the-cow” handshake.

Gene’s passion for fishing for perch and walleye on Lake Erie was second only to his desire to be a “fisher of men.” He shared his faith openly and unabashedly with nearly everyone he met. He wanted each person he came in contact with to know and love His God as much as he did, and he was undoubtedly greeted in Heaven by many who were drawn to God through him.

Memorials can be made to Fremont Baptist Temple.

Offer Condolences for the family of Clovis “Gene” Trusty