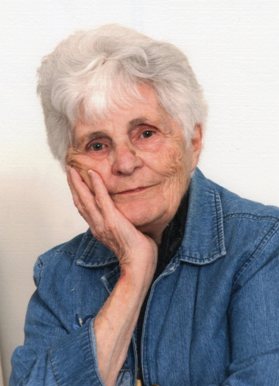 Clara L. (King) Fisher, 91, of Fremont, OH passed away on Friday morning May 12th, 2017 at her home. She was born in Norton, KS on April 20th, 1926 to George and Jessie (King) Miller. Clara moved several times throughout her lifetime, and made Fremont her home. Clara loved to reminisce about her life sharing that she was born in a bunk house, lived through the depression and traveled with her family across the country as a child. Few knew she attended a one room schoolhouse, where she rode a horse bare back to and from school. She also laughed about the times she was in the fruit cellar while a tornado passed overhead leaving the chickens without feathers. She always had a story to share over coffee. She was always there to support and encourage all who entered her home and spent many nights studying alongside both her children and grandchildren earning her many diverse, honorary college degrees. Clara married Leo H. Fisher October, 12th 1946 in Fremont OH and he preceded her in death June, 22nd 1998.
During her life, Clara was a homemaker and worked at several locations between raising her children and some of her grandchildren. One of her favorite jobs was working at the greenhouse. She loved crocheting, gardening, reading, antiquing, going to garage sales and flea markets, traveling and bowling (she actually bowled in a league until the spring of 2017). She was also known to enjoy playing Rummy, dice and Pinochle. Clara loved spending time with her family and friends. Her door was always open and she greeted everyone who came in with a smile and a cup of coffee. She was known as Grandma Fisher to all the children that grew up in the neighborhood. She was one of the kindest souls and was willing to help anyone two or four legged. Clara’s love of animals was known by all and from childhood until her passing she was surrounded by her furry friends. Her unconditional love of family and friends was felt by all and will not be forgotten.
Clara is preceded in death by step-brothers Wayne Miller, Wilson “Bud” Miller, Don Miller, Waneta (Miller) Depottey, one grandchild and one great grandchild.
Clara is survived by her children Charles “Chuck” Fisher, Kathleen (Tom) Lewis, Leo (Ronnie) Fisher, Sonya (Steven) Lagrou, Christopher (Anne) Fisher, and Angela (Paul) Schmidt; sister, Betty (Don) Dowell and brother, Will (Mary) Miller. She is also survived by 14 grandchildren, 23 great grandchildren, 1 great great grandchild and many nieces and nephews.
Visitation: Tuesday from 2 to 4 p.m. and 6 to 8 p.m. at Wonderly Horvath Hanes Funeral Home and Crematory, 425 E. State St, Fremont, OH.
Service: Wednesday, May 17, 2017, 10:30 a.m. at the funeral home with Certified Funeral Celebrant Susann Robitski Zimmerman officiating.
Burial: St. Joseph Cemetery
In lieu of flowers, family asks that memorials or donations be made to the Humane Society of Sandusky County or Another Chance Sanctuary in Clyde, OH.

Offer Condolences for the family of Clara L. (King) Fisher