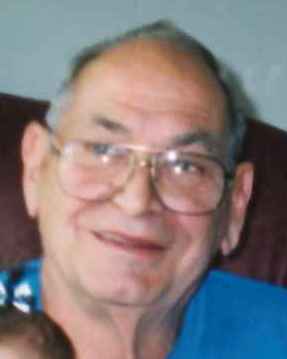 Charles Edward Gnepper, 80, of Fremont, OH passed away on Tuesday, August 19, 2014 at Memorial Hospital. He was born August 17, 1934 in Fremont, the son of Amos and Margaret (Moran) Gnepper.

Charles served in the U.S. Air Force from August 20, 1951 to August 19, 1955 and was awarded the National Defense Service Medal and Good Conduct Medal.

Charles married Dorothy Sutton and she survives. He was an Electrician by trade and worked for Sabroske Electric until he retired in 1999. He had previously worked for Romanoff Electric. He was a member of Union IBEW, the Fremont Eagles, Moose, VFW and American Legion. Charles enjoyed golfing, gardening, cooking, puzzles and watching all sports. Charles and Dorothy spent their winters in Seabring, FL.

He was preceded in death by his parents; siblings, Mildred Mesnard, Robert Gnepper and Nina Fleming.

Offer Condolences for the family of Charles Edward Gnepper