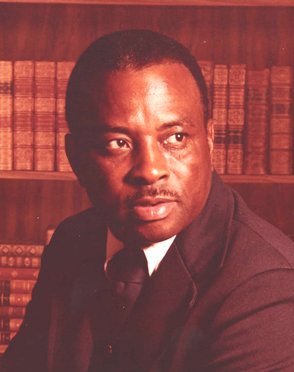 Charles E. Glover, Jr., 87, of Fremont, OH transitioned from this life to his heavenly home with his family by his side on Wednesday, April 3, 2019 at ProMedica Memorial Hospital. He was born May 22, 1931 in Anniston, AL, the son of Charles Sr. and Alice (Colley) Glover. He was a 1951 graduate of Fremont Ross High School where he was known as “Twinkle Toes” on the football team.

Charles married Martha Ann Jones on March 30, 1974 in Fremont and she survives. He worked for the Federal Police for twenty-four years as a Federal Security Officer, General Services Administration and Special Agent for the Department of Treasury at the Federal Building in Toledo.

Charles was a faithful member of Mount Pleasant Baptist Church where he served as a Deacon and Sunday School Superintendent. He also led Tots Hour. He was a Life member of the American Legion and VFW in Fremont; the F.O.P. and Masonic Lodge both of Toledo; A.C.E. mentor for Fremont City Schools; a mentor for the Sandusky County Juvenile Justice Center. Charles was an avid Fremont Ross Football fan and was inducted into the Fremont Ross Hall of Fame.

He was preceded in death by his parents; siblings, Clarence and Prentice Glover, Betty Carnes, Mary Ruth Turner and Myrtle Tiller.

Service: Monday, April 8, 2019, 1:00 pm at Mount Pleasant Baptist Church, with an hour of visitation at church prior to the service, 927 Stilwell Ave, Fremont, OH. Bishop Pat McKinstry will officiate.

Offer Condolences for the family of Charles Edward Glover, Jr.